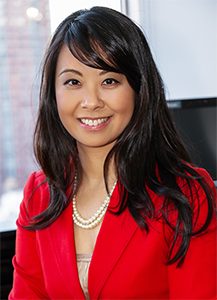 They are "the gift that keeps on giving."

Pension income is recycled right back into the economy, so it is time to think of them the way Hallmark thinks of greeting cards.

A recent report by the Citizens Budget Commission focused on the city's liabilities, including pension liabilities. Pensions may carry debt, but they can also create revenue.

Last year, some $5.5 billion was paid to the 43% of our retired public servants receiving a pension and living here, according to the Independent Budget Office. These dollars were potentially recycled back into the economy. Approximately $1.6 billion were paid to these retirees and beneficiaries living in Queens; $1.4 billion in Brooklyn; $777 million in the Bronx; $760 million in Manhattan; and almost $1 billion in Staten Island.

Unfortunately, pension costs, funding levels, and their liabilities seem to be the only matters highlighted to draw your attention to, or make you care more about, our public pensions.

Here are the right reasons to care about them.

Pension money stays home and gets recycled. If you own a deli, an apartment building, a dry-cleaning business, or any other local business, or are just a taxpayer, now is the time to be more aware about public pensions and their value because they help not only the retirees—they help you.

An average New York City pension is around $38,000—real dollars with real economic power that pay a retiree's bills and hopefully buy some extras. However they are used, they most likely support local businesses and even the city itself because somewhere along the way, there was probably a tax collected. These taxes are the very dollars needed to support the public services you expect.

Public pensions are predictable contributors to the economy. Pension checks also fuel the economy in a steady way. Pension benefits provided to retired public workers are from retirement plans that are defined, and therefore, predictable. Unlike retirement earnings from plans that are mainly funded by the fluctuations of the stock market, such as 401(k) plans, defined-benefit plans are more stable contributors to our local economy, year after year. According to the National Institute on Retirement Security, only 51% of Americans had access to a workforce retirement plan in 2014. Here, all public workers do.

Pension costs and economic benefits are shared. Our public workers will continue to pay into their pensions. The New York City Retirement System, with its professional support team, will continue to work hard to achieve an optimum return on pension investments, which also fuels our local economy. As the chief actuary, I will continue to make sure the city pays the most accurate and actuarially sound amount into the pension funds every year. Our public pensions are managed well and their costs are shared, as are their benefits.

S. Chan is the chief actuary of New York City and is responsible for providing actuarial information and services for the five major actuarially funded New York City retirement systems and pension funds.