Meet The Honorable Carmen I. Sierra 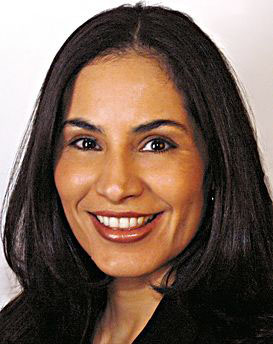 Carmen I. Sierra was sworn in as City Treasurer of City of Hartford, CT. on September 2, 2022 after serving as the City’s Assistant City Treasurer for the past ten years.

Born and raised in Hartford, CT., Ms. Sierra brings a wealth of experience to her role and has a strong professional background in management and operations in both the public and private sectors. Her commitment to the community has garnered her local and national recognition during her career.

She has served the City of Hartford and the region in several capacities over the years.  She has also served on numerous boards of directors, including; the Hartford Economic Development Commission, the Greater Hartford Workforce Development Board, the South End Community Services, and the Greater Hartford YMCA Board. Ms. Sierra is also an alumnus of the National Hispana Leadership Institute, (NHLI).

As Assistant City Treasurer, Ms. Sierra led the execution of the overall business management and strategy with direct supervisory responsibility of the day-to-day operations over Treasury employees.  As Plan Administrator, her responsibilities included the overall management of a $1+ billion public pension fund for the City.

She is the first Latina to be appointed as City Treasurer in Connecticut and the first Puerto Rican to serve in this role in New England. Ms. Sierra earned a Bachelor of Science degree in Management and Human Resources from Central Connecticut State University, a Master of Science in Public Administration from the University of Hartford, and a Certificate, Executive Program in Public Administration from Harvard University, John Kennedy School of Government.

She is the proud mother of Victoria and Ricardo Vazquez who recently began their careers after completing their university studies.
FaLang translation system by Faboba

The Role Of The City Treasurer